The following is an introduction to some of the debugging techniques that you can use if you are stuck on a tricky bug. This includes debugging both tests and demos, as well as constructing your own files to debug.

First, navigate to the test file you wish to debug, and do the following:
(1) Set breakpoints on the lines/functions you want to investigate
(2) Now, navigate to the “Run and Debug” menu by clicking the bug-and-play button on the left
(3) In the dropdown menu, select “Debug active file”
(4) Click the green play button 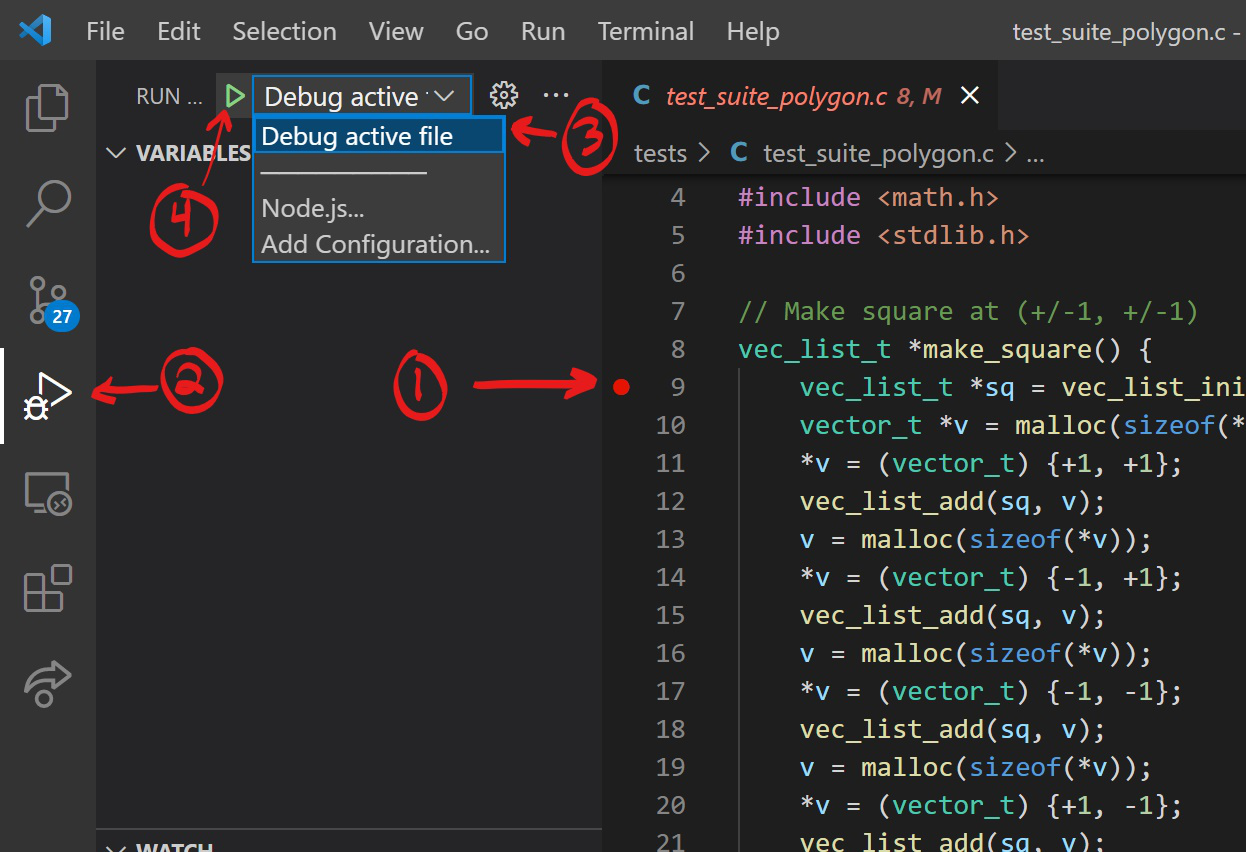 You should see the debugger terminal start up. After a moment, the debugger should jump to the line where you’ve set your breakpoint, as shown below. 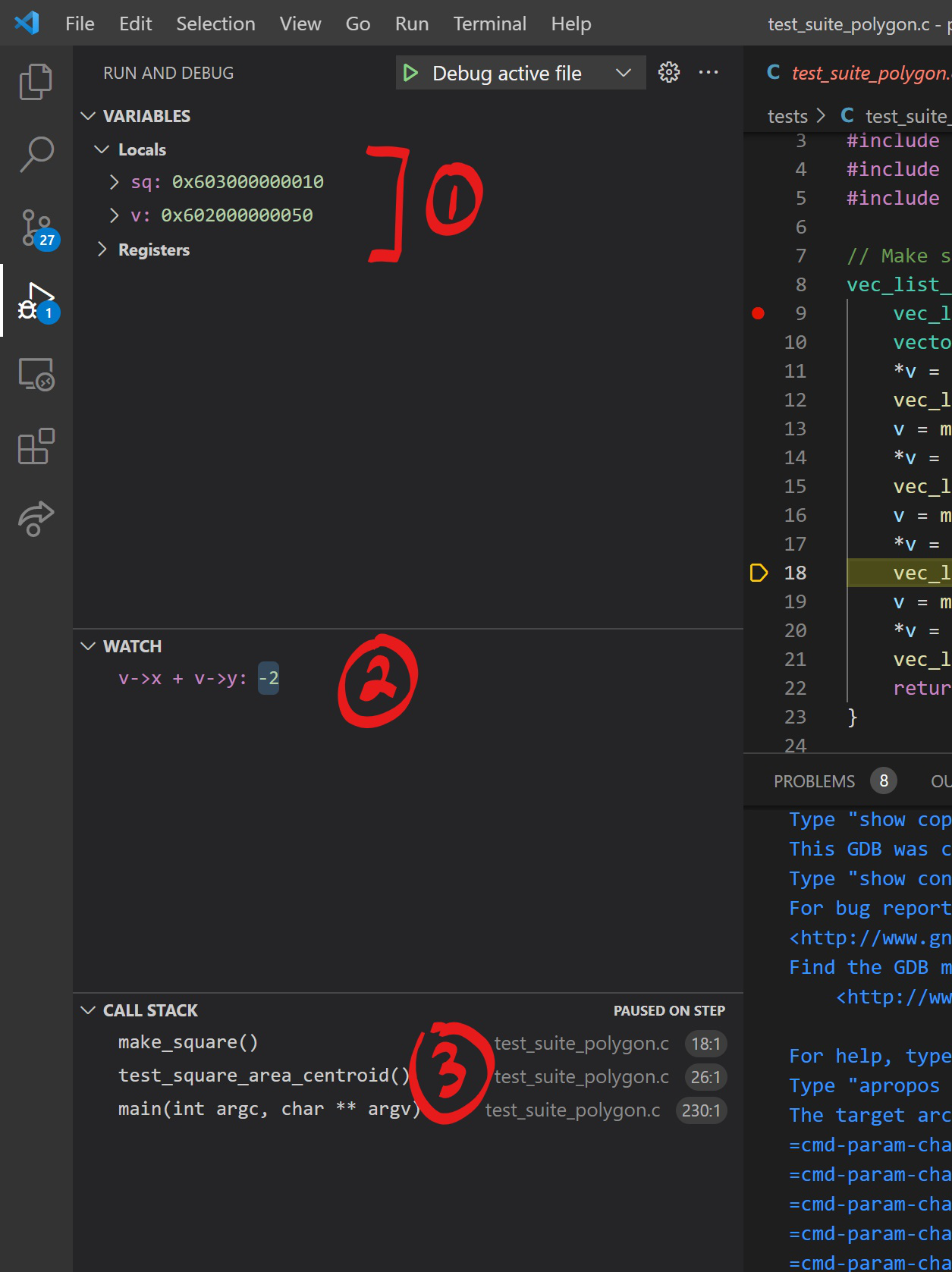 Advanced - Creating Your Own Files to Debug

You may find yourself in a situation where you want to debug files that aren’t just the tests. Maybe you have a problematic portion of code in your demo, or want to further test a function. To do this, you can make a new file to debug as follows.

The last thing we have to do is update the Makefile such that we can run the debugger. This involves making a rule to make your c file. If your file was called ‘student_test.c’, you could add this rule to the Makefile, to compile the executable student_test for the debugger:

Now, after running make bin/student_test, navigate to the debugger, open your file, set your breakpoints, and debug away!

A Note on Finding Memory Leaks

Your demos are compiled and run with emscripten, which must be debugged with web assembly tools in Chrome. Suppose I try to run a demo, and I see the following message telling me an exception has been thrown: 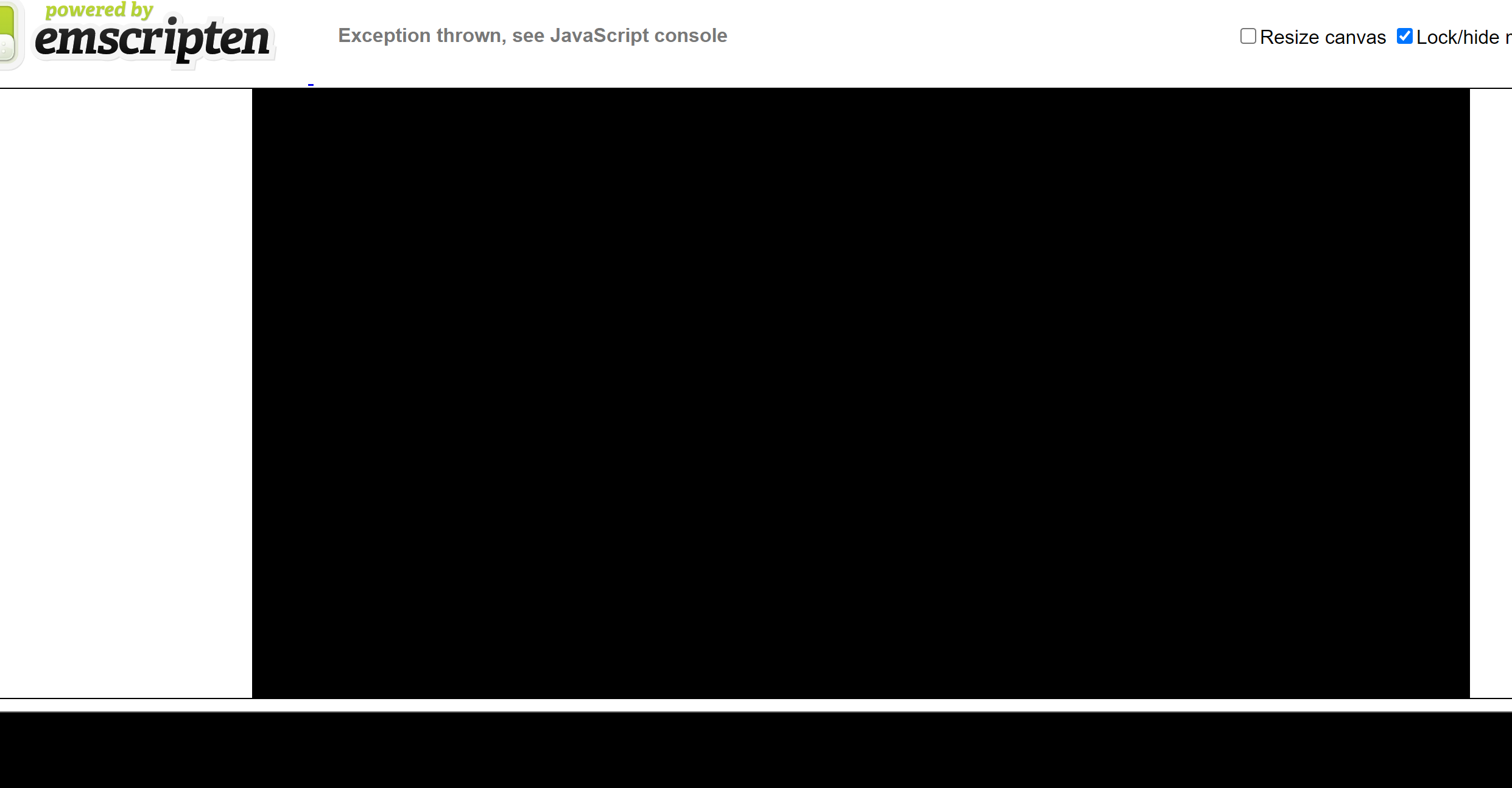 Or else I’m greeted with a black screen with no exception:

In both these cases, an exception has been thrown, but how do I see where it is? Click on the three dots in the top right corner, then ‘More tools’, then ‘Developer tools’ to open the console, as shown below. 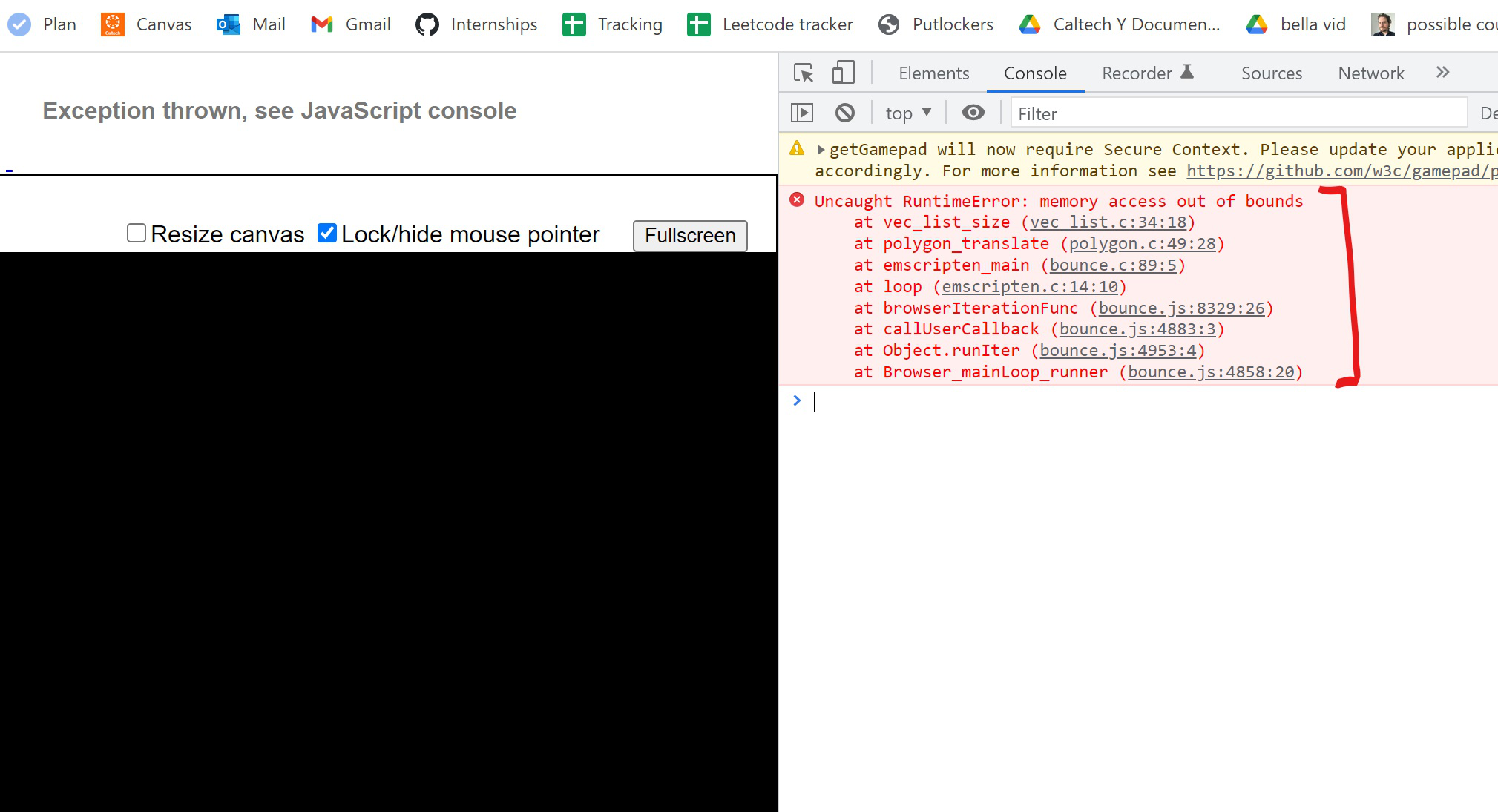 A Note on Printing

Print debugging is definitely a viable option when running your demos. Any prints will be outputted in the black box below where your demo runs, as shown in the screenshot below. Be sure to end your prints with a newline character, ‘\n’, otherwise they will not display. 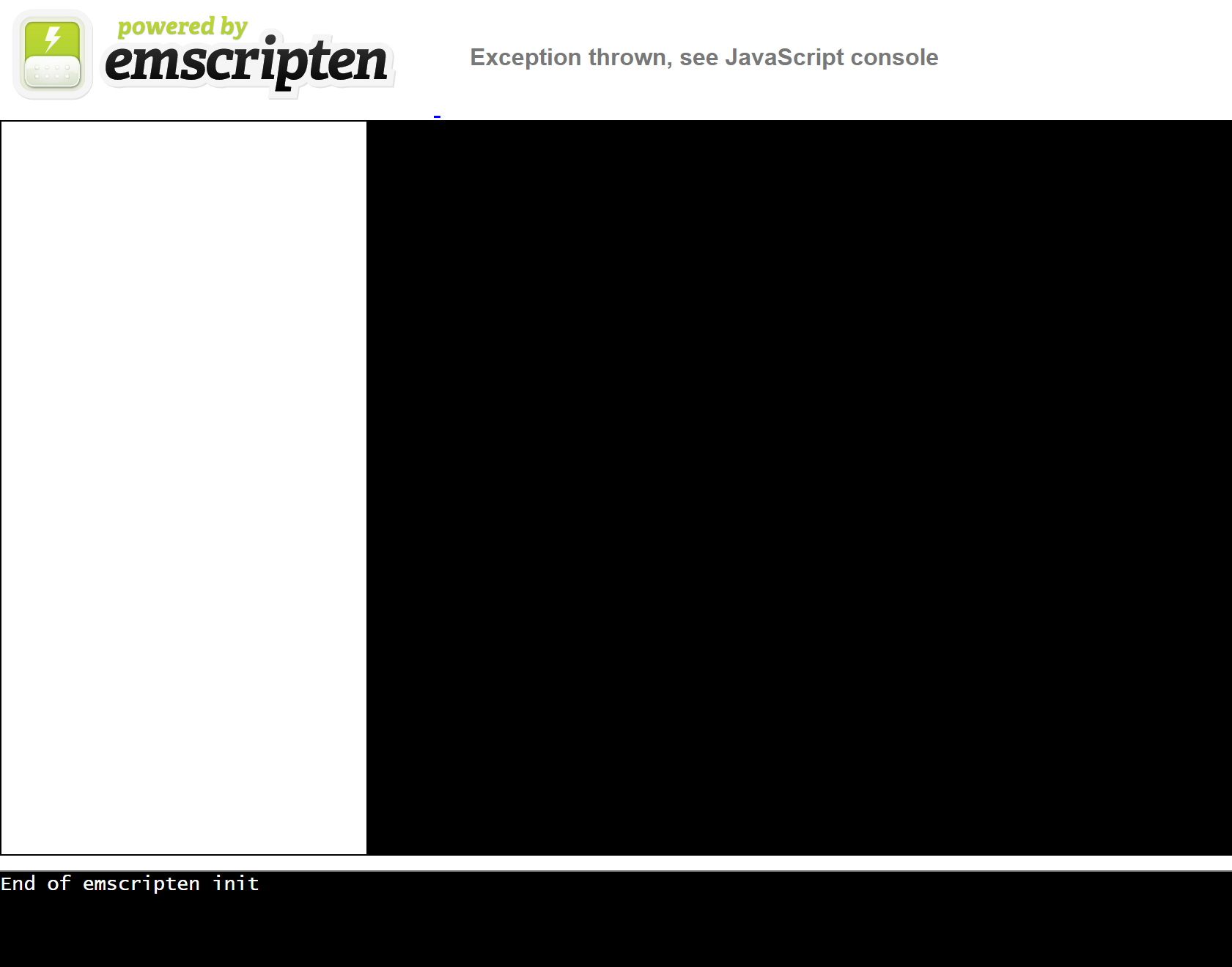 Beyond just allowing us to view the stack trace, the ‘Developer tools’ window can also let us debug our demo in real time. First, if you have a demo you want to debug, we would recommend switching the optimization flag from -O2 to -O0 in the EMCC_FLAGS section of the makefile. This means the compiler will compile your code without optimizations, which means it will run in the same order it was written. 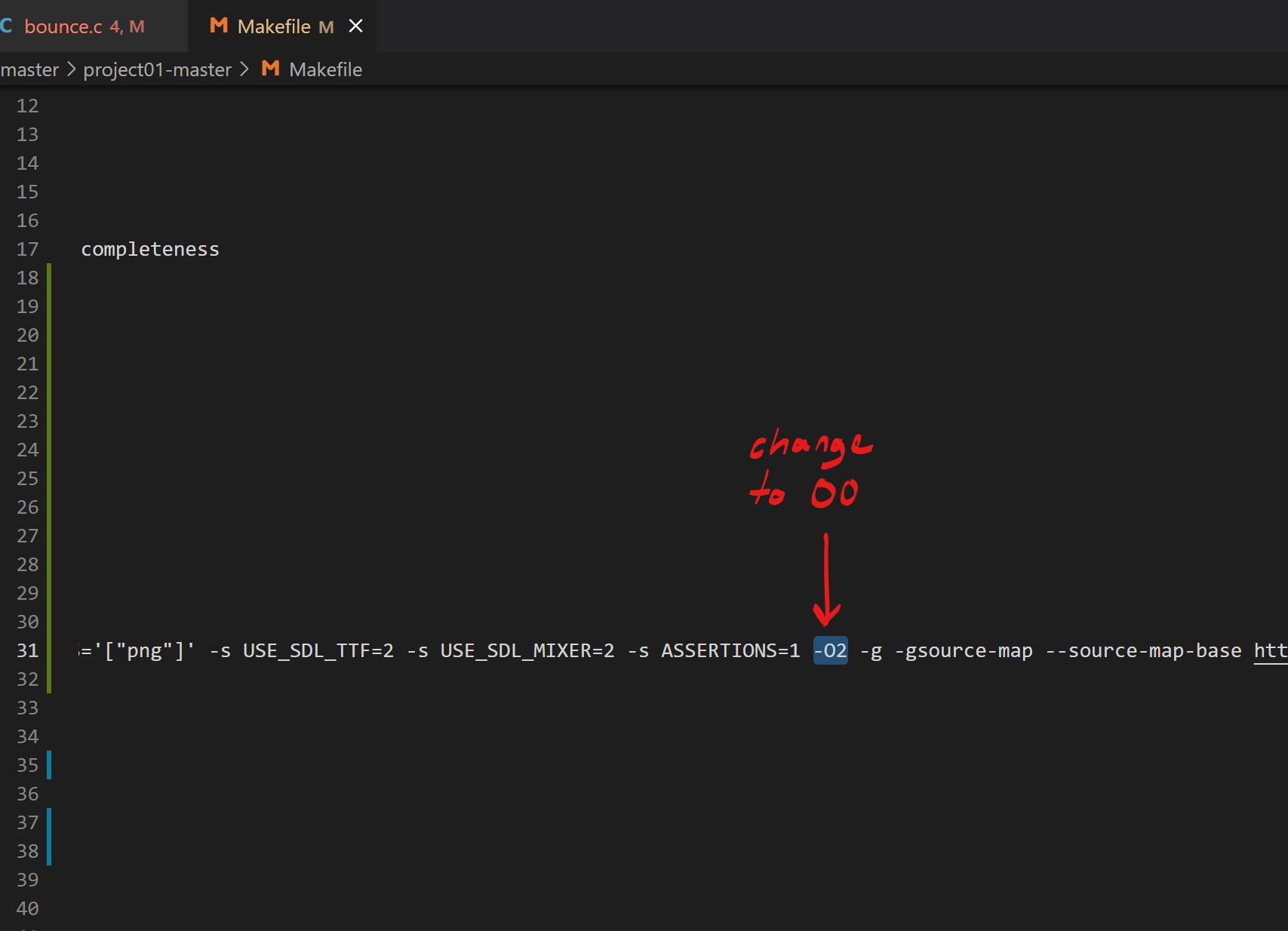 Now, open the console as before, and navigate to ‘Sources’. You should be able to view any of your files. To set a breakpoint, click on the line you wish to set a breakpoint on. You may have to refresh the page to rerun your code. 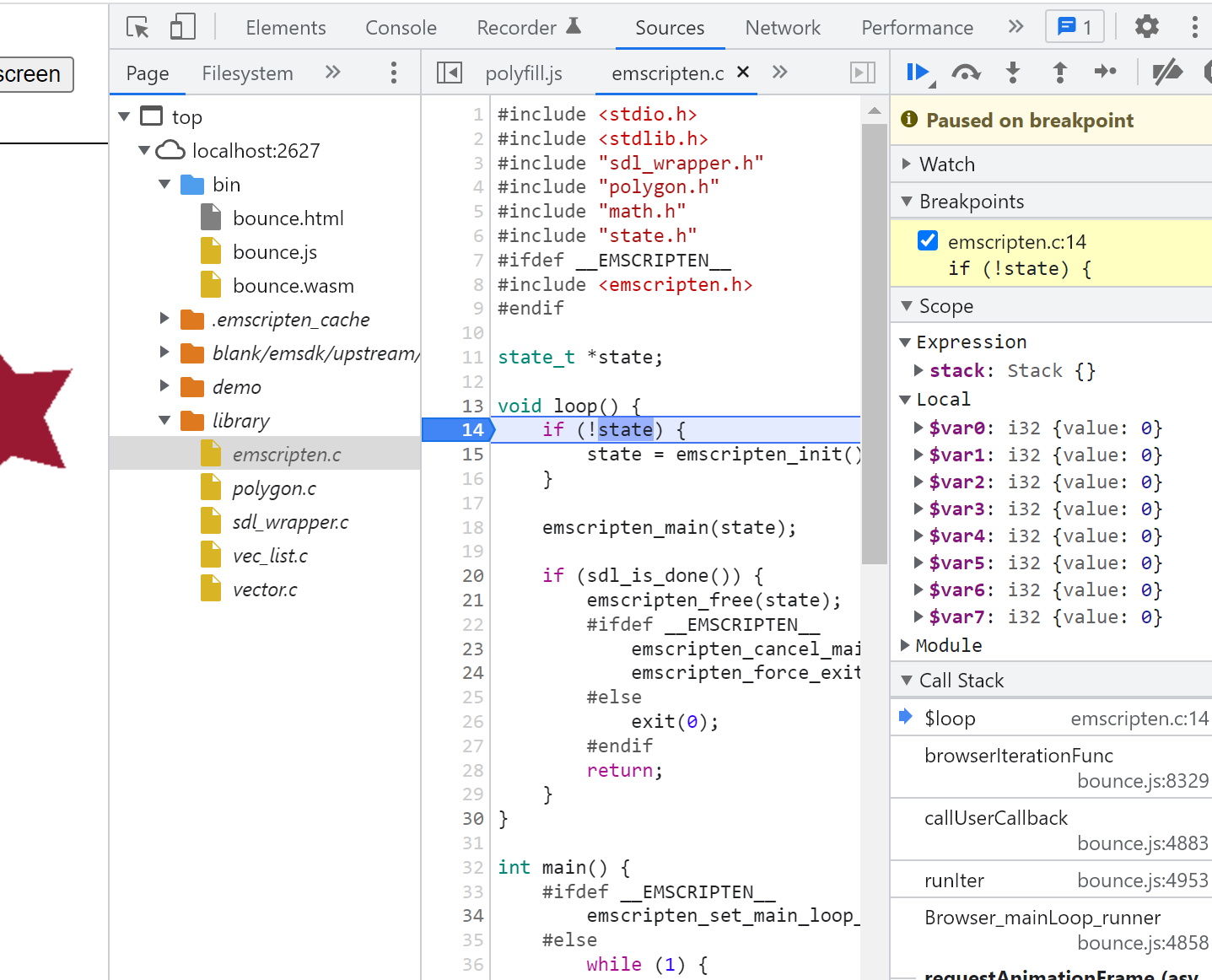 Similarly to the VSCode debugger, you can step through your code with the labeled buttons.

You can also view (1) the call stack in the bottom right, and (2) a list of variables. Notably, the variables do not have names. For particularly gnarly bugs, you might want to convert your demo into a file without sdl and debug it in VSCode as discussed in the ‘Creating your own files to debug’ section. 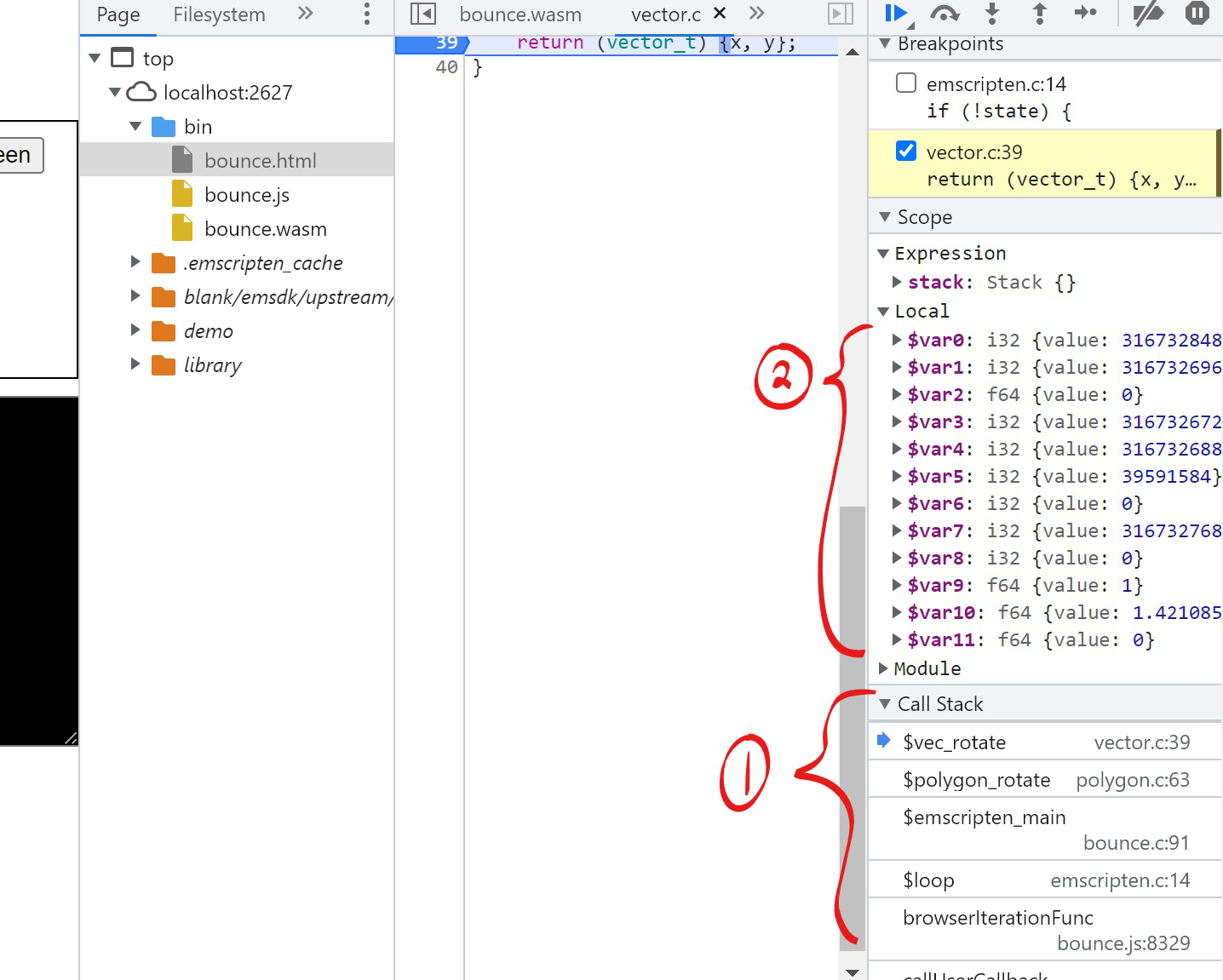 We hope this guide has been instructive, please don’t hesitate to make a ticket or schedule OH with your TAs if you run into difficulty. Good luck and happy debugging!